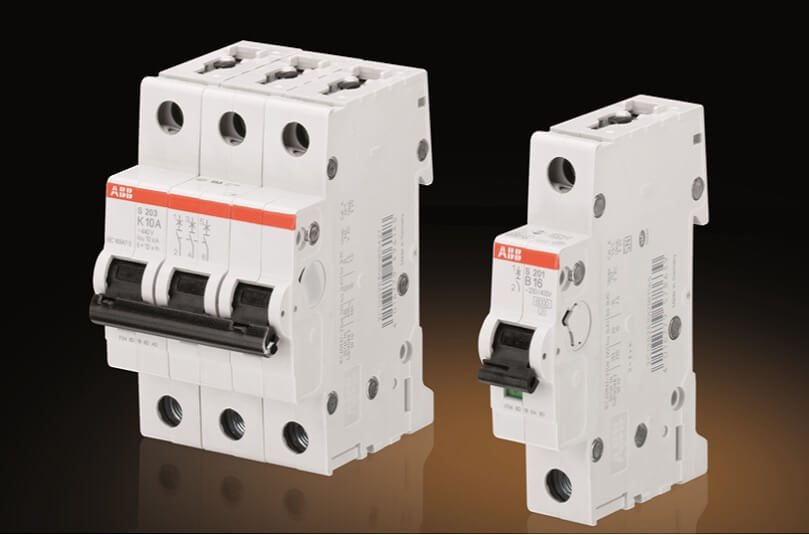 Regarding the U.S. Fire Administration: During a typical year, home electrical problems account for 28,600 fires and $1.1 billion in property losses. 53% of residential electrical fires involve electrical wiring. Almost one of four fires in households is caused by electrical appliances. Overloaded power outlets with multiple plugs and faulty electrical wiring, improper use, and overheating of electrical equipment are the main risks. Protection against overcurrent and selecting the right miniature circuit breaker is crucial for the electrical installation because it avoids damage to the wiring isolating characteristics. After reading our MCB selection guide you will easily select the right MCB for your applications.

How to select an MCB?

When selecting an MCB (miniature circuit breaker), the below parameters should be considered:

Rated current is the maximum current value the circuit breaker can withstand without tripping. MCBs have a rated current from 0,5A to 125A. First, you should determine the total current of the circuit. Then, you should select the proper MCB.

The current rating of MCBs should not be greater than the cable current carrying capacity. It should also be greater than or equal to the maximum current that the system is expected to carry.

Do not use an MCB lower than the total current of the circuit. Otherwise, it trips unnecessarily.

Tripping characteristics defines the current vs tripping time relationship. They are differentiated based on the instantaneous tripping range. You should determine the tripping class according to the loads to be protected.

Single pole (1): Single pole MCBs are used for protecting single-phase circuits, where neutral is taken directly from the incoming supply.

Double pole (2): Double pole MCBs are used when both phase & neutral have to be protected, and complete isolation of supply is required for maintenance. These are generally used for small loads, where only one MCB is used for switching/protecting the entire load.

Triple pole and neutral (3+N): Used for incoming in distribution boards, where neutral isolation is required.

Four pole (4): Used for incoming in distribution boards, where neutral protection is required.

This is the voltage at which the MCB can be used. The value indicated is usually the maximum value. Every MCB has a different operational voltage. You should check this value from the catalogs. At lower voltages, certain characteristics may differ, or even be improved, such as the breaking capacity.

This value acts as a reference for the insulation performance of the device. The insulation test voltages (impulse, industrial frequency, etc.) are determined based on this value. Try to use MCBs with a high insulation voltage. Therefore, you will have a robust breaker.

An energy limiting class number denotes the maximum I2t let-through by a miniature circuit breaker under short circuit or earth fault conditions. This information may be used by the electrical installation designer for the same purposes as the information obtained from the I2t characteristic.

Class 3 is the highest current limiting classification and may be used to offer protection to cables having a smaller cross-sectional area, thereby reducing installation costs. Using a class 3 gives you the best performance.

Under normal circumstances, the width of 1P MCB is 17,5mm. 1P stands for poles, which means the number of wires. 1P port can only be connected to one line, 2P can be connected to two lines, and so on. If you use multipole MCBs you should consider the width of the MCB. Check the fusebox whether you have enough space or not.

Some MCBs can subsequently be fitted with an auxiliary contact, signal contact, shunt release, etc. But remember that some basic MCBs do not accept accessories. If you want more functions you should pay more. Check the accessory options of the manufacturers.

1 thought on “MCB Selection Guide: How to Select a Miniature Circuit Breaker?”